So yesterday, I finally got to redeem a long awaited gift from a dear friend , across the “ditch” ( from Australia) in New Zealand. We were childhood besties, and even though over 50 years has past and we rarely if ever see eachother, we are keeping that friendship alive via cyberspace and that is something to be ever thankful for technology for !!

Earlier this year, after the passing of my father , which had been a very stressful six months, I shared a deal on Facebook from one of those “super deal marketing sites ” ; this was a great value local package here on the Sunshine Coast of Queensland and I made an off the cuff comment about how I could do with this and so could some of my friends.  Not being very financial I didn’t take the offer up myself but had shared it in case anyone wanted to take it up. At the time I had also contracted Ross river Virus which had left me feeling achy and tired and generally pretty awful for a few months.

The next day I got an email from the marketing company to say that I had been gifted an hour and a half of Bliss by my dear old friend.  How awesome is that? When you haven’t seen someone for years and yet such a lovely connection is still there. She even tolerates my little quips on FB that accuse her of taunting me into some very risky behaviours as a child resulting in more than a few scrapes

Back to the massage….  The time during the massage was just blissful….. the woman had a darkened room, with some beautiful oils to scent the air and her touch was just perfect for what I needed.  She had a very peaceful kind of meditation music track playing with soft drumbeats that lulled me into a sleepy state….

Until the chimes started!!

Now I know from practicing Transcendental Meditation for  few years that you are not supposed to be in a prone position and not supposed to go to sleep ( although inevitably that can be the case from my experience!!) but I sooo wanted to drift off. Every time the chimes cut in it was like being called for dinner in my grandparents day 🙂   So for an hour  I lay blissfully drifting and running to dinner in my dreams !

I must say that apart from the dinner calls … it as very relaxing. Add to this bliss a mini facial for the next thirty minutes and i was soon drifting on a cloud of bliss.

After leaving there, and because it was in a beautiful beachside area, i took my camera for a little wander to find some birds ( of course) and I was not disappointed. I have not yet processed those images but will follow with a post including them next.

What I wanted to finish with was the after effects of this massage ….. apart from feeling relaxed, I went on to feeling quite unwell later in the day and into the evening.

I was wondering if any of my fellow bloggers who are physicians or health bloggers know if this is to do with the lymphatic system as it has happened twice to me now. The time before was after an intense reflexology chines foot massage a few years ago. Just a general feeling if being unwell and feeling slightly sick in the stomach.  Today I still feel a little sluggish and weird and I am now scouring blogs in search of mild detox drinks that I can make to help my body  seeing as it looks as if it is full of toxins , without causing me to pass out, give up food or other such dramatic suggestions.

Would love to hear your thoughts on this

5 thoughts on “Weird Wednesday … which comes just after touchy Tuesday …..”

Images by Get your lens on

Today, I went for an early walk to start afresh finding small things that make those moments worthwhile

My world through my camera …. Letting the Light in … one Frame at a Time … while I practise mindfulness and being in the moment as often as I can, I am never the less inclined to record so much of what I see on a day to day basis. I find solace behind the lens, it brings me joy to create beautiful images and fulfilment to record something that just needs to be told. I feel as if my camera at times is just an extension of myself and it will find an image in what may be the tiniest little part of the day or the world around me . Living with depression for much of my life I have been able to use it as a tool to refocus ( pardon the pun) 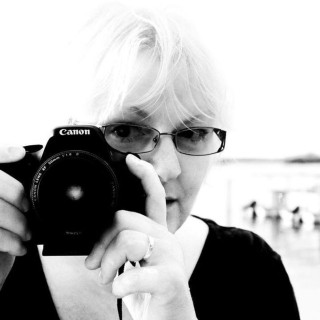 Letting the Light in ... one frame at a time

I am a nature lover who is lucky enough to live in Queensland in one of the most beautiful spots ... the Sunshine Coast. Photography has always been a passion for me and is a great way to escape from the daily stresses of life .... I try to share natural images to encourage others to be aware and participate in life and our natural world and enjoy each moment that we are given on this precious earth. In more recent times I have been reminded of the fragility of life once again and the importance of being mindful to live and experience each moment as if it could be our last. Now living with secondary breast cancer I am finding it has changed my view of the world even after living with the threat for thirty years since y first occurrence. This is my life ....